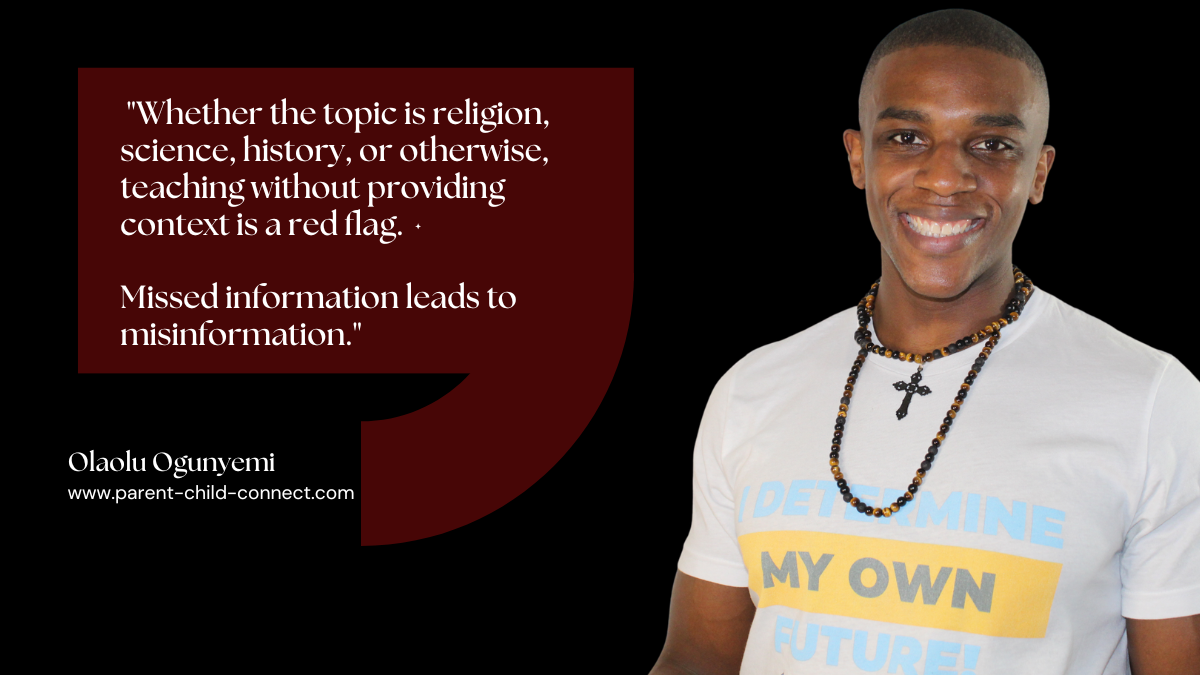 This thought stemmed from some recent thinking and studying I have been doing. Karma, “what goes around comes around,” and ideas like “generational curses” have always persisted in my mind and have likely influenced the way I lead my children. It was a daunting feeling that no matter what good I did or how apologetic I was, my children could suffer from my past mistakes. Ultimately, by educating myself, I encouraged and freed myself from my past mistakes. Now, I want to provide that same freeing philosophy to you!

These ideas impact our culture.

This philosophy is pervasive as it extends beyond our individual sins to something called “generational curses.” Many pastors will quickly quote scriptures like Exodus 20:5 NLT that reads, “…I lay the sins of the parents upon their children; the entire family is affected—even children in the third and fourth generations of those who reject me.” They conclude that no matter what we do, we will pay for our prior generation’s sins. Some even take it further and say things like, “your child is sick because of sins you committed.” In other words, for example, we accept that if we grew up in a broken home, we ourselves will have broken homes. If our fathers were not around, we will never learn how to be great fathers. If our mothers never said, “I love you,” we will never be able to show our children affection. You see how this theology can impact an entire culture?

When considering this culture-impacting theology, we commonly use another word: KARMA. According to www.merriam-webster.com, KARMA is:

The force generated by a person’s actions held in Hinduism and Buddhism to perpetuate transmigration and in its ethical consequences to determine the nature of the person’s next existence.

Karma is more broadly used in this context:

Such a force considered as affecting the events of one’s life.

Many Christians have adopted Karma and transformed it by saying, “you reap what you sow.” This quote is a paraphrased version of Galatians 6:7 KJV that reads: “Be not deceived; God is not mocked: for whatsoever a man soweth, that shall he also reap.”

My clear position: the Bible does not teach Karma or “generational curses.”

This may ruffle a few feathers, but I’ll be the first to tell you that the Bible doesn’t teach Karma or “generational curses”; the Bible teaches grace. To believe that each generation must pay for the previous generation’s sins is to accept generational curses and “punishments” for our sins as inevitable. If we view something as inevitable, we spend our lives preparing for the inevitable instead of leading well and living fulfilling lives. So why do these things continue to happen from generation to generation? Because we will them to happen in our lives!

Christianity is about grace.

The story of Jesus is about grace, not tick for tack or holding sins over your head to get you back through your children. Usually, people quote Exodus 20:5 as proof. However, I have three thoughts on that.:

I acknowledge that scriptures like Exodus 20:5; 34:7; Numbers 14:18; and Deuteronomy 5:9 seemingly hurt my argument, but let’s hone in on this and examine it from a practical and scientific perspective. A child receives both positive and negative traits from his or her parents. Some of these traits are genetic and others are behaviors children learn over time.

For example, if both of my parents are athletic, I will likely be athletic. Similarly, if my parents are alcoholics, I am more likely to be an alcoholic. In both cases, the child can implement behaviors to impact these likely events. If the child chooses to consume a diet of honey buns and Dr. Pepper while refusing to exercise, he or she is less likely to be an athlete. A child has a better chance of not becoming dependent upon alcohol if he or she is treated for alcoholism before his or her brain’s biochemistry is altered. So it’s not the punishment for sin that transcends generations, it is effects of sin that transcend generations.

With that in mind, the above scriptures are a forewarning that we must be aware of the affect and influence we have on those we lead. However, the message of grace says that God still loves us and wants us to reconcile with Him no matter what we do. So if you choose to follow Him, there is no condemnation or looming punishments for your mistakes. (Romans 8:38-39; Romans 8:1) Does that mean we can live a life devoid of consequences? Absolutely not! For example, if you mistakenly fall asleep while driving, you will likely still have negative consequences. My point is God is not waiting to punish you and your children for your mistakes once you have repented. Through His sacrifice, Jesus accepted that punishment for us.

3. What about reaping what you sow?

I challenge you to go back and read each time the Bible mentions sowing and reaping in context. For example, in Galatians 6, the Bible continued to explain in verses 9-10:

My prayer for you.

My prayer is that my countercultural philosophy gives you hope. Your parents’ mistakes do not predetermine your fate. Your child’s fate predetermined by your mistakes. I wholeheartedly denounce unbiblical teachings of Karma and generational curses. I reject the attitude of defeatism that says, “my children will fail since I made so many mistakes.” Will your children sin and make mistakes? Yes, as we all do. Our job is to teach them the right way with our example. We will break the “generational curses” with a decision to use the many available resources out there to live more healthy and fulfilling lives. Live free from guilt and fear. Lead well!