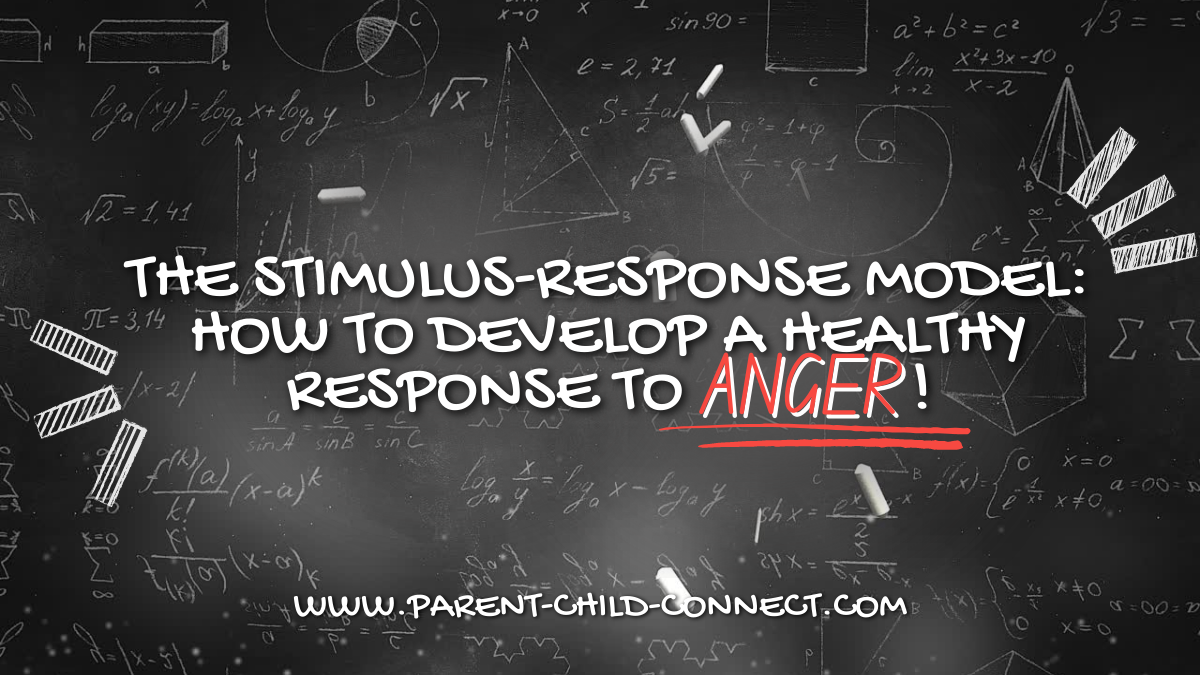 Have you been here?

You are breathing heavily, your heart is racing, your nose is flared, your body is tense, and you continue to replay what happened over and over. You’re disappointed, embarrassed, and most of all, angry. You know forgiveness is the answer, you have to demonstrate grace, and you must return to your jovial demeanor, but your continued rush of emotions seem to make it impossible to move on. You want to participate/contribute to the world continuing around you, but you do not know how to return. Your smile is broad but forced, and your words are few and shallow. You feel old instincts or habits returning that would satisfy your primal desires to express your anger but leave you hollow when you finish. You want to isolate yourself and not be bothered because you are mentally exhausted from giving everything you’ve got and receiving little in return.

Yeah, I’ve been there plenty of times. In fact, I wrote the above paragraph when I was angry. Those were my actual feelings and emotions at the time. The “old instincts or habits” I was referring to involved me lashing out on people, throwing stuff around, yelling into my pillow, or hitting or kicking an inanimate object (like a wall) which, in turn, caused me bodily harm. I used to tell people I had “anger issues,” which means that was the identity I assumed. It was a harmful stereotype that I willingly accepted. Anger and my subsequent response became addicting, so I knew I had to change.

Anger is a normal, healthy emotion. However, many of us give up control of our response to anger. So that’s where we will focus today.

Frank Esser published an insightful article at the University of Zurich entitled, “Stimulus-Response Model.” Therein, he states, “Similar to higher animals, human beings are endowed at birth with a uniform set of instincts that guide their ways of responding to the world around them.” He continues to explain how mass media manipulates this instinctual behavior–which he describes as the stimulus-response model–to produce enticing content. Today, I want to offer a way that we can manipulate this same instinctual behavior to change our response to anger.

How humans differ from other animals.

Stimuli are events in the environment that influence behavior. Today we refer to these as “cues” and “triggers.” Unlike other animals, the beauty of human beings (or homo sapiens) is that we can influence this stimulus-response model through the application of free will or choice. In other words, where other animals instinctually respond to the stimuli around them, our brains are able to critically think about the various stimuli and develop a response based upon the environment we are in.

For example, when we feel hungry but we are on a diet, we are able to suppress those hunger pangs. Similarly, when we feel sleepy but we are driving, we choose to stay awake because it is not the appropriate time to sleep. Dr. M. Scott Peck has a funnier (but true) way to describe this phenomenon in his book, Further Along the Road Less Traveled: The Unending Journey Towards Spiritual Growth.

People sometimes ask me the most impossible – for example. “Dr. Peck, what is human nature?” And because my parents raised me to be an obliging child, I try to come up with answers to such impossible questions, and first answer I give is: “Human nature is to go to the bathroom in your pants.”

It really is. That is exactly the way each one us started out, doing what came naturally and letting go whenever we felt like.

As proven by millions of potty training toddlers each day, we have the ability to influence our personal stimulus-response cycle. Because of the brain’s plasticity (ability to change and adapt), we are able to develop “neural pathways.” According to https://www.merriam-webster.com/, a neural pathway is “a series of connected nerves along which electrical impulses travel in the body.” This is an important concept in psychology because these neural pathways are our brains’ way of automatically responding to stimuli (which is received by one or more of our five senses).

For example, when I smell food (cue) after I have gone a few hours without any (cause), the response is usually a growling stomach (reaction). So, I decide to turn into a restaurant parking lot in response to my hunger pangs. As I prepare to turn, I observe a car speeding up (cue) to prevent me from turning first (cause). My automatic response is to become irritated, shake my fist, and yell, “you idiot!”(reaction) Get this, the only intentional or “conscious” decision I made in this process was to go to the restaurant. The rest was predetermined by the neural pathways I developed over time. This is one of our brain’s many efficient ways to save energy.

How to develop neural pathways to change our response to anger.

1. Take inventory. Identify cues (events that signal the brain to react), causes (reasons why the cues exist and trigger certain reactions), and reactions (the actions you take as a result of the cues).

For about a week, I want you to do the same thing I did in the above scenarios. Don’t cheat, justify, judge yourself, or change anything. Just record your cues, causes, and reactions to as many automatic processes as you can–especially those that ended with you being angry. If you happen to be driving at the time, turn on your voice recorder and do a voice log. Whatever you do, it is important that you capture as much data as possible.

2. Limit or eliminate the cues.

Of course this is easier said than done in some cases. In my above scenario, I cannot remove the people who will cut me off in traffic. It would be absurd for me to think or suggest otherwise. However, there are many other examples of cues we can either limit or eliminate. For example, I already know there are certain times of day where I will be hungry. If my goal is to avoid eating out to save money, perhaps I can avoid driving down “restaurant boulevard” during the times I’m likely to be hungry. This simple rerout will avoid the luring smells, giant pictures of food everywhere, and the entertaining guy with the sign advertising my favorite happy hour sale.

The book “Atomic Habits” by James Clear describes a similar concept to remove negative habits. Since we naturally gravitate towards the more convenient option, make it harder to encounter your negative cues.

This is the psychological step, and it feeds your cues. This step is extremely important because there are many cues you cannot limit or eliminate. Even if you could, I have always advocated for running towards something, not simply avoiding things. The cause is what gives your cue relevance. That’s why this step is arguably the most critical.

We can start with the most rudimentary example. I felt the urge to go use the bathroom (cue). Why? I am doing the gallon-a-day water challenge to ensure I get an adequate amount of water each day (cause). Of course, we know the reaction is to actually go to the bathroom.

Let’s look at the other scenario. I observed a car speeding up to cut me off (cue). Earlier I identified, “to prevent me from turning first” as the cause. Some of you probably scratched your head wondering how that caused the cue. Allow me to explain.

In my mind, this fella personally attacked me! Although it was my turn to go, he intentionally sped up to prevent me from turning. In doing so, he delayed my day. What an idiot!

I know I’m not the only one who has thought this before. Seeing some of the drivers’ reactions in Boston, New York, and Washington D.C. earlier this year proves me right!

Regardless of how many of you agree that the above driver is idiotic, our assumption that the driver personally attacked us is irrational. But to strengthen our argument, let’s say he did personally attack us. My mom used to tell me, “if you let people know which buttons to press to make you angry, they will press them every time.” In other words, some people get a thrill out of seeing you angry. I believe they crave the ability to control you.

Whoa, so these external factors (including people) want to control you?! That’s right!

If you haven’t noticed by now, a cue with no cause produces no reaction. In other words, the way you perceive your cue is what causes the reaction.

With that in mind, I have a couple of recommendations when it comes to retraining your mind. If you need more advice on changing your thoughts, check out my post: “Command your thoughts: Three actionable steps to remove toxic thoughts!” If you need more advice on adjusting your perspective, check out my post: “How to shift your perspective and live a better life TODAY!“

I believe we’ve made it to the root, and from that root spawns many thoughts, emotions, and causes. Take that root to your counselor and work with him or her to develop new neural pathways. For me, I’ve worked to reprogram that cue. So instead of yelling and shaking my fist at the guy who cut me off, I use that cue as a reminder that I am worth a lot, and no one (including the random people I encounter in traffic) can take that away from me. In doing so, I have intentionally changed my response from anger to calmness and happiness.

This isn’t magic or just some feel good mumbo jumbo. Trust me, developing new neural pathways doesn’t happen over night. Just keep practicing and give yourself some time.

I want to end with this analogous encouragement. When hiking a mountainenous trail, you may be confident and sure of your next step, until that next step causes you to slip and fall. Stand up, brush yourself off, and keep hiking. Regain the momentum that you started building before the slip. When you start again, your legs may feel a little stiff, you may feel embarrassed, and you may be a little bruised from the fall, but keep hiking. This is especially important to remember in the beginning when you fall multiple times. Remember this, you may have lost a little momentum, but you didn’t lose progress. In other words, the only time you lose progress is when you intentionally turn around and hike back downhill (relapse).

You are reading this because you want to change and/or improve. Stay focused and keep progressing towards a better you!

Thanks for reading! Have a great week!