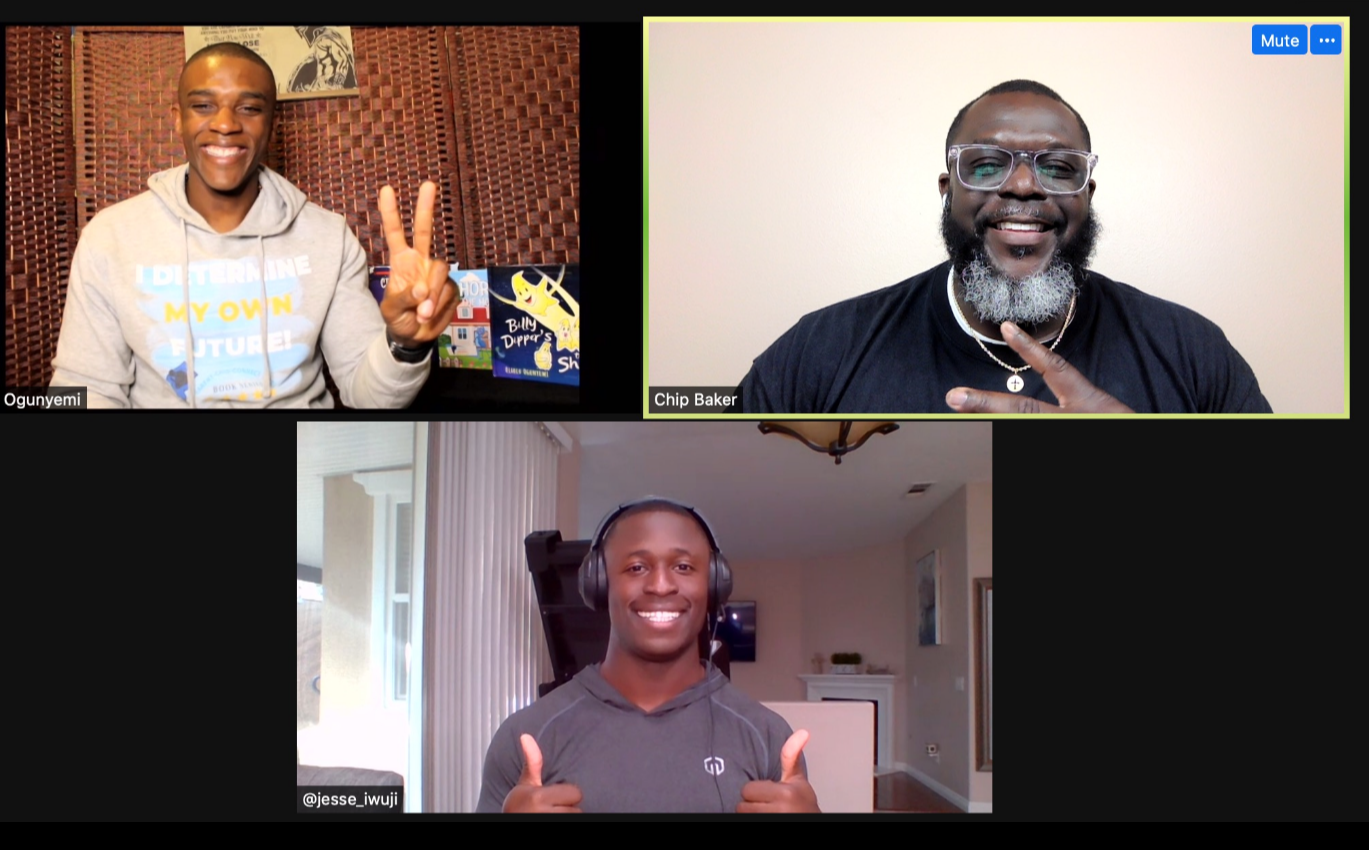 Happy hump day! I am humbled and excited to join Jesse Iwuji on Chip Baker’s The Success Chronicles! Click here for the full discussion on Spotify.

During this short session, we discussed mindset, vision, collaboration, faith, and more! Get out your note-taking gear and be prepared to jot down some helpful nuggets!

Who is Jesse Iwuji?

Jesse needs no introduction, but in case you don’t know, in all things Jesse Iwuji does, there are two constant elements: his devotion to service and his inspirational nature to many. Jesse went from competing at the top level of Division-1A college football to rising the ranks of the military as a Lieutenant Commander, and is now the only current driver in all of NASCAR at the national levels that actively serves his country as a US Military member.

It has been key for Iwuji, who is currently serving in our country’s reserve fighting force, to honor his country while pursuing excellence in the business world as a business owner and on the track as a driver. It should come as no surprise that he has championed companies and charities that give back to our men and women in uniform.

Jesse is also a big supporter of NASCAR diversity, equity, and inclusion. Today he is one of two African Americans competing at NASCARs national level of racing. He was honored by NASCAR for two years in a row – the Diverse Driver of the Year Award. He is well versed both on and off the track!

It is fair to say in many ways Jesse is a first in NASCAR. While clawing toward the top tiers of NASCAR, Jesse Iwuji continues to take us all along for a memorable ride showing those who dare to dream that life truly rewards those who stay strong enough, long enough. Find this bio and more information about Jesse on his website: https://www.jesseiwuji.com/

Who is Olaolu Ogunyemi

A loving husband, father, teen mentor, and U.S. Marine Officer, Olaolu Ogunyemi has a deep passion for working with children fueled by an unending supply of energy and imagination! Since he was young, Olaolu has been nicknamed the “life of the party” because he pours his exuberant personality into everything he does. As the fifth of six children, he became intimately familiar with the bond forged during quality story time; thus, Olaolu was inspired to start writing children’s stories to help create loving and memorable family moments. He is the author of the Amazon best-selling children’s book, “Crow From the Shadow,” “Horace the Horsefly,” and “Billy Dipper’s Time to Shine.”

Olaolu writes and speaks in a simple, easily understandable language, and an entertaining style that keeps listeners and readers hooked while learning vital lessons about virtues and sparking a continuing conversation.

Olaolu is a frequent traveler and in his free time, he enjoys playing music, exercising, and spending time with his family. Connect with him on his website: https://parent-child-connect.com

Find out more about Chip Baker and The Success Chronicles?

Chip Baker is a best-selling author, motivational speaker, and forth-generation educator. He established The Success Chronicles to feature interviews from people of all walks of life for positive inspiration and motivation. Find out more about Chip and the great things he is doing here: https://linktr.ee/ChipBakerTSC