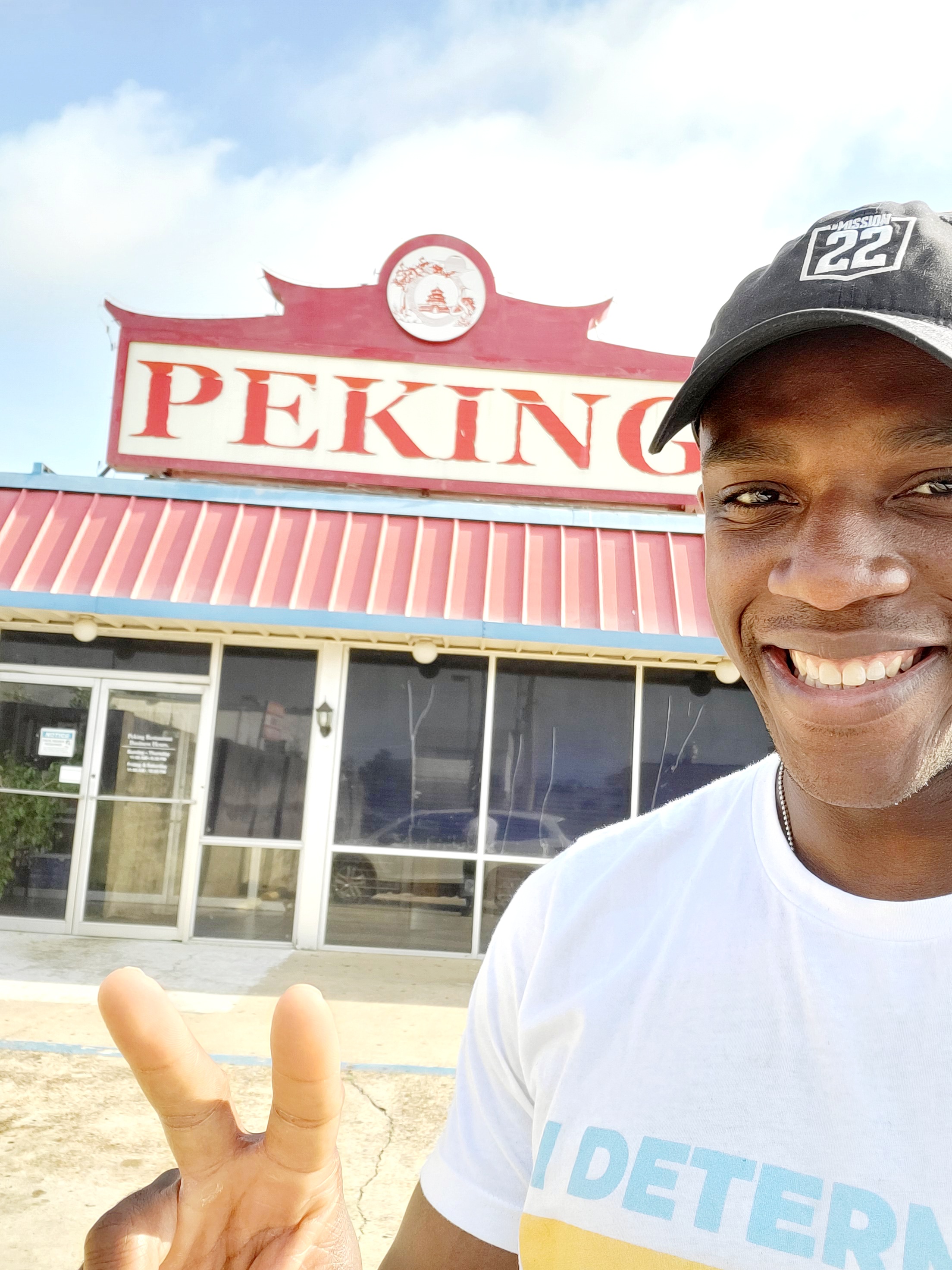 One of the best parts about visiting my hometown is stopping by some of the places that brought me wonderful memories. I guess you could say I am often overcome with acute nostalgia. One place I always like to visit is my old job that I worked during my college days. This time around, I reflected not only on the fun times I had and the great people I met but on the lessons I learned that I still apply today. The best way to describe my time there is to borrow a quote from Charles Dickens: “it was the best of times, it was the worst of times.” Regardless, the biggest lesson I learned was to embrace where you are because there is a lesson in everything. Here are some of the lifelong lessons I learned!:

Although my name tag introduced me as a “server,” I absolutely hated that label. I preferred to be called a “waiter,” because “server” felt degrading, demeaning, and humiliating. “I work and study hard, so I am no one’s servant!” I often quipped. It wasn’t until later that I truly understood and began to appreciate how important servitude is. In fact, I learned that servitude is one of every successful organization’s core values, and it is one of each inspirational leader’s foundational principles. Servitude is not about degrading the servant’s self-esteem as I previously believed; instead, it is about putting another’s needs before your own to create an environment where everyone can grow, develop, and thrive. Serving others is an honor.

Servitude is not about degrading the servant’s self-esteem as I previously believed; instead, it is about putting another’s needs before your own to create an environment where everyone can grow, develop, and thrive.

I always considered myself a hard-working guy who does not mind getting dirty. Like seriously, I worked on a chicken farm in high school for crying out loud. I always envisioned I would use that blue-collar mentality to become the leader known for rolling up his sleeves and standing shoulder to shoulder with his constituents to get the job done. Even so, there was a part of my job as a server that completely humbled me–“crab leg night.” On “crab leg night,” we added crab legs and other seafood items to the buffet. Aside from holidays like Mother’s Day, these were by far the busiest shifts. Of course there was nothing wrong with “crab leg night” in general; however, some customers really tested how far my attitude of servitude would stretch! From complaining about prices, to questioning me about the quality of the food, to throwing crab legs on the floor, to leaving a $0.27 tip; my humility was truly tested. Even so, I had to question why I was getting frustrated with these type of customers who made up a very small percentage of the customers I served. I finally concluded that I was frustrated because I felt this kind of work was “beneath me.” That was a red flag because it was contradictory to my can do, blue-collar philosophy. That day I took an oath to never allow myself to become so consumed by my own self-worth that I am unable to willingly and cheerfully serve others.

Remember those busy “crab leg nights” I mentioned? Funny story: I actually made a pretty big mistake at the Peking in West Monroe, LA during one of the busiest crab leg nights I’ve ever worked. I remember it like it was yesterday: the team and I were working hard to keep customers satisfied–refilling drinks, busing tables, serving orders etc. Well, it was my turn to make some more sweet tea. As I had done numerous times before, I grabbed two buckets and headed to grab sugar. The first container I opened was completely empty, so I quickly moved on to the second container. Once I opened the second container, I observed the white granular content within and proceeded to scoop it into my buckets. About five minutes later, one customer stopped me to tell me her tea did not taste right… Then another… Then another. Before long, everyone in the restaurant who previously had a taste for sweet tea was now waving their glass in the air while making a disgusted face. I am sure it was only about four or five customers, but to me, it seemed like the entire restaurant was about to start a riot. That is when one of the customers yelled, “this is salty, and I’m a diabetic!” If you haven’t figured it out by now, I put about two giant scoops of salt in the “sweet tea.” I wouldn’t have believed it if I hadn’t tasted it myself. It reminded me of my first time wrestling with my brothers in the Atlantic Ocean.

Several customers requested free meals and other accomodations to make up for their salty surprise. As expected, the manager on duty (who happened to be the owner of this particular restaurant chain) was not very happy with me. After my shift, I walked in her office fully expecting to be written up and charged for several meals for making such a silly yet costly mistake. Instead, she asked me what happened, then told me to be more careful in the future. She forgave me for what should have been an easily-avoidable mistake and inadvertently taught me a lesson about forgiveness: You can win more people over by forgiving them than administering the punishment they know they deserve. From that day, I was bought in, and I did my best to represent myself and the company well throughout each interaction. Her forgiveness earned my loyalty and respect.

You can win more people over by forgiving them than administering the punishment they know they deserve.

Gordon B. Hinckley has a quote that has resonated with me: “without hard work, nothing grows but weeds.” I believe I relate to this quote because I have literally spent countless hours pulling weeds while doing yard work, and I metaphorically understand how much we grow and develop from each of our experiences. When I was working as a server, I learned that my work ethic had a direct correlation with my success. There was nothing like staying on your feet for a few hours while striving to ensure each of my customers had a pleasant experience. My customers’ smiles, words of encouragement, tips, and appreciation gave me a sense of accomplishment at the end of the day. Pretty soon, I began to crave that feeling of accomplishment and that has become one of my driving forces throughout the day. Work hard and grow.

Without hard work, nothing grows but weeds.

One of my least favorite parts about working at Peking was missing my little brother’s and oldest nephew’s basketball games. It annoyed me so much that I considered just not showing up to work a couple of times. These thoughts were usually short-lived when I remembered I had bills to pay, but more importantly, I accepted that life often presents us opportunities to accept temporary discomfort for long-term results.

I accepted that life often presents us opportunities to accept temporary discomfort for long-term results.

I knew my time at Peking would be short-lived, but I had to remain focused on why I was working there in the first place and how much I was growing in the process. Though I sacrificed quite a bit of my social life, I gained the financial stability I needed to prepare me for life after college which included marriage, children, and starting a career. All of the lessons I learned and the sacrifices I made during this time in my life came to head and made me the man I am today. Although I remain a work in progress, I am grateful that I chose to embrace my time as a server, and I implore you to embrace where you are today. You can and will grow from this!

That was my experience, but what have you learned from your past experiences? What can you learn as you embrace where you are now?

Check out my blog at https://parent-child-connect.com/blog for more great posts like this!